Robin in the "Rain"

It was almost two weeks ago when we spread a blanket of topsoil on our lawn, sprinkled grass seeds and crossed our fingers that we would have a lawn again. Since that day, and probably for days before that, we have not had any rain. So strange for the month of April.
So, I have a new morning ritual. After the girls leave for school I go out and position the hose and sprinkler and water the lawn. We don't have a large front yard but in order to do this with the least amount of waste, catch all the lawn area and not soak anyone while walking on the sidewalk (which is strangely not considered by many neighbours) I have to position it three different ways. It really doesn't take that long and has become a soothing, calm way to start the day.
Almost immediately, when turning on the sprinkler two little robins arrive. I look forward to their arrival and amuse at them skittering in and out of the sprinkler. They are just like a couple of kids. In getting closer to them over the days I'm pretty sure one is a mature male (maybe Dad) and the other one looks like a teenager, though I'm not much of a bird expert. 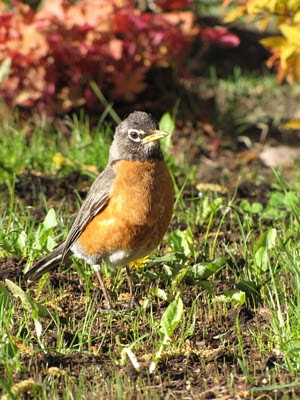 Here's the little guy from this morning. Isn't he cute? I must sound just like a proud Mama. Well, Mama Nature maybe - at least that's what I'd like to think. It's such a great feeling when you've had a hand in growing something and the fact that I can make a couple of birds have a better day as well is even better.


Annie update: For those of you who read my blog from a couple of days ago you would know that we have mourning doves nesting outside of our kitchen window. Annie is still in the nest (we have not seen her leave it). She is vigourously protecting her eggs through the fairly heavywinds and cool air. And, Oscar did make an appearance again a day ago - although he is a bit camera shy.
Posted by Nancy at 8:37 AM No comments:

Oh What a Beautiful Morning...

So nice to turn on the computer to see my necklace on the front page!


Thanks to Jennifer of patinaphotography and her beautiful Lemon Pepper Treasury!
Posted by Nancy at 8:41 AM No comments: 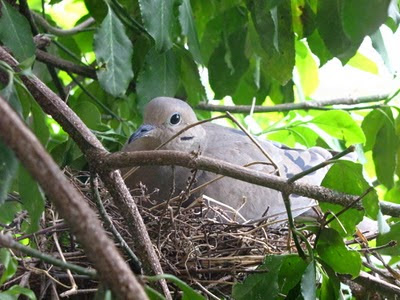 We discovered Annie, and her somewhat absent mate Oscar on Sunday night while eating our dinner. They have most graciously set up shop on our large climbing shrubs just outside one of our kitchen windows. They have even managed to place their nest low enough that while standing on a chair we will be able to peek into the nest. So far, Annie has not moved from the nest when we are looking but from what I've read it's likely there should be two eggs.


For such a large bird, the nest is quite flimsy looking. They have also picked a spot where the branches easily get caught in the wind. In fact, we were just about to trim this shrub quite far back because the branches brush up against the window until we made this discovery.


Today it is pretty cool and windy but Annie is calmly sitting there as she is blown back and forth. Hopefully Oscar shows up with some food soon.
Posted by Nancy at 8:59 AM 5 comments: 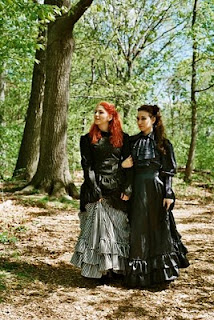 It is just over a year ago when I 'met' Lisa from NYC. She bought a pair of my earrings from my Etsy shop. A sweet, friendly customer who had great taste in jewellery! Lisa also happens to be a film director which is pretty cool! So in March, when she purchased earrings from my shop again I was pretty excited as a returning customer is the biggest of compliments but I was even more excited to hear that she would be wearing them while shooting her next film. 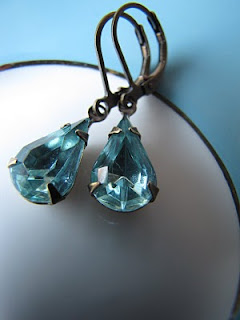 The earrings are from my Glam Allure series.
Gorgeous vintage glass jewels that date back to the 1950's.
Lisa picked a pair that are in a beautiful pale aqua. 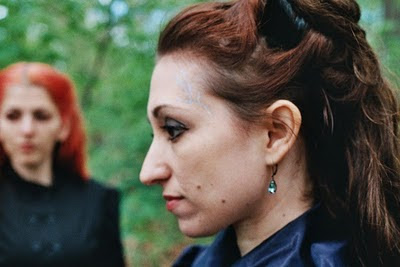 Here's Lisa wearing my earrings on set in New York City.
"The earrings look amazing on camera - they really glint in the light!
Almost like they are glowing.
Love it!... best, Lisa."

Lisa plays a character based on the Greek myth of Daphne. The film is a pilot for a web series called "The Wild Hunt". Click here to the see the trailer.

The film weaves together the legend of the Wild Hunt and Furious Host with the myth of Daphne (and Apollo) and is set in a fantasy Victorian world. It follows two characters, Marie - a simple, yet troubled young wife, and Sullivan - the sarcastic butler of a Gentlemen's Club, as they try to outrun and outsmart the Captain of the Furious Host. To earn their hold on life, each must discover the Captain's weakness to beat him at his own game. What they must also consider in is how Daphne, once the Captain's prey and now his muse, factors into their own mortality. In turn each battles with their own beliefs and in myth and how much of a part it plays in our lives.

written and directed by Lisa Stock.


You can check out other films by Lisa by going to InByTheEye.

This weekend I'm celebrating my 2nd year anniversary of the opening of my Etsy shop.

I want to thank all my customers for their support! I can't say enough how much I appreciate you and all the kind words you have said. 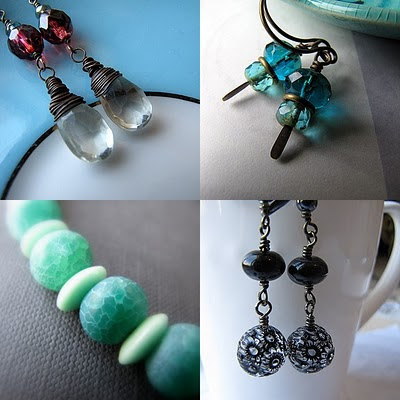 Save 20% on all items from now until April 25th!!!
...but there's more...
Buy 2 items and also get your shipping free...
Buy 3 or more items and also get a free pair of surprise earrings included in your order!!
See my shop announcements for all the details.
Thank you and Happy Shopping everyone!!!
Posted by Nancy at 10:11 AM 2 comments:

I was so happy to see that this beauty made it to the front page of etsy this morning.


Thanks so much to Mary of marysworkshop for including me.
Posted by Nancy at 9:50 AM No comments:

"...for you there'll be no more crying,
for you, the sun will be shining,
And I feel that when I'm with you,
It's alright, I know it's right..."
excerpt from "Songbird" written by Christine McVie of Fleetwood Mac.
I've had a fascination with songbirds for a while now. I'm not sure why. Maybe I connect to their sweet, optimistic songs.

A few years ago I heard "Songbird"for the first time performed by Rosie Thomas. It is one of my favourite songs and I love this version, by Eva Cassidy.

Let your emotions soar with this pretty little necklace. 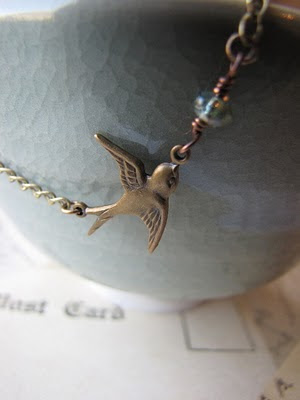 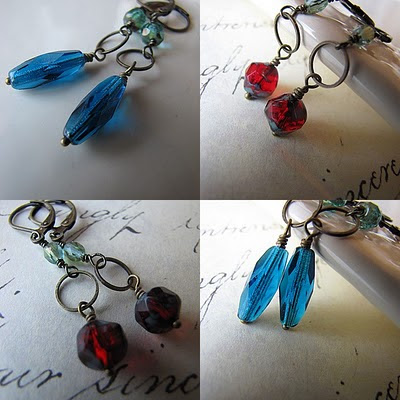 Sneak peek at some new items coming to my Etsy shop. Check out Vivid, the blue and brass earrings that were just listed and the red ones soon to follow. I haven't thought of name for those ones yet. Any ideas?
Love prizes and giveaways?!!
Check out this blog, Or So She Says, if you would like a chance to win a $25 gift certificate in my etsy shop.