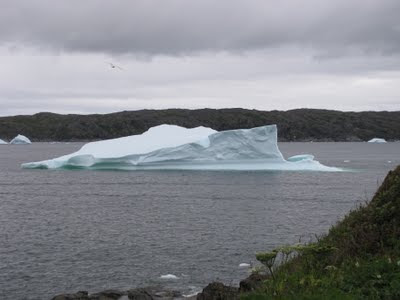 St. Anthony, Newfoundland
﻿﻿﻿﻿﻿﻿On August 5, 2010, a large piece of the Petermann Glacier in Greenland broke off and became a massive ice island measuring about 251 square km in size. Wow!  I remember hearing about this at the time but didn't think much beyond the news story.  A year later it has worked its way south and is now is visible off of St. Anthony at the northern tip of Newfoundland. Over the last few weeks it has been breaking up producing dozens and dozens of icebergs.
For our August trip to Newfoundland we didn't expect to see any icebergs as they typically disappear by the end of July. Here it is mid August and there are hundreds for us to see.  A definite once in a lifetime viewing!
﻿﻿﻿﻿﻿﻿ 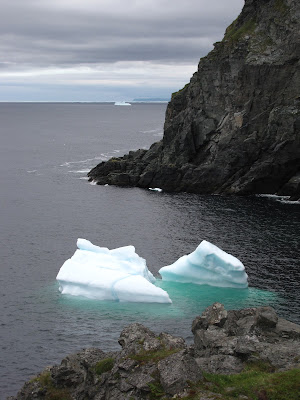 ﻿ Smaller ones close to shore in St. Anthony.
﻿﻿﻿﻿﻿
We spoke to a fisherman from St. Carols who has never seen anything like it.  Pieces of ice much larger than houses drifted into this cove earlier last week. The waves and wind crashed them into each other and the shore breaking them into smaller pieces and also left heavy damage to their docks.
﻿ 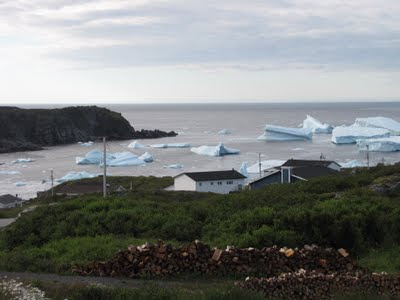 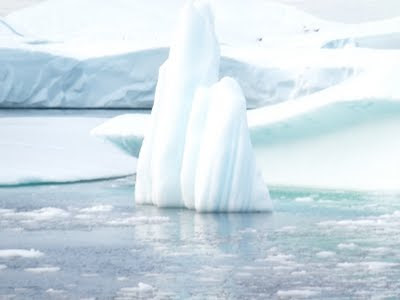 These icebergs in St. Carols immediately reminded me of a Lawren Harris painting.
﻿ 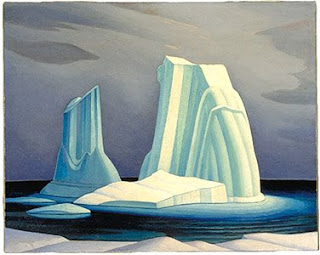