Did a favour for a friend

It's amazing how often the opportunity for kindness can be set before you without any thought or planning. That's what happened to me today. It started last night when my girlfriend called to see if we had a medieval costume in our dress-up collection that her daughter could borrow. Of course, with two older daughters who have already been in grade four (the school year with the medieval studies in the curriculum) and also avid Halloween participants we did, and in fact, we had two costumes.

So, this morning I remembered to go downstairs into our storage room to look through our boxes of dress-up clothes. I found the first one fairly easily and then not too long after the second was found. I had remembered there was a special headpiece for one and I was sure we would still have it. Just a few minutes of searching and it appeared as well. Carrying them upstairs I went to grab the phone so I could call her to let her know that I had them.

That's when I realized that I could go one step further and deliver them to her house. It turns out she wasn't there at the time but I'm sure she was busy taking her younger daughter to a playgroup or volunteering in the school or running the endless errands of a busy Mom. When she gets home I'm sure she'll be happy to see them waiting for her and know that one of her errands can now be scratched off the list. 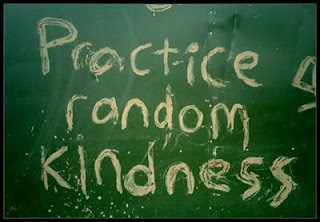